For interview requests and other questions:

Julia Heaberlin is the author of the international bestseller Black-Eyed Susans, Paper Ghosts, and We Are All the Same in the Dark, her newest crime novel set in the moody landscape of Texas where she grew up. Heaberlin’s psychological thrillers, all set in her home state, have sold to more than twenty countries. She is also the author of the critically acclaimed Playing Dead and Lie Still. As a journalist, she worked in features as an award-winning editor at The Detroit News, the Fort Worth Star-Telegram, and The Dallas Morning News and has always been especially interested in true crime and how events play out years later. The Star-Telegram Life & Arts section was named one of the Top 10 sections in the country during her tenure as its editor. Heaberlin lives in the Dallas/Fort Worth area where she is at work on her next novel.

About We Are All the Same in the Dark

The discovery of a girl abandoned by the side of the road threatens to unearth the long-buried secrets of a Texas town’s legendary cold case in this superb and atmospheric novel from the internationally bestselling author of Black-Eyed Susans.

It’s been a decade since Trumanell Branson disappeared from a farm, leaving only a bloody handprint behind. Her pretty face still hangs like a watchful queen on the posters on the walls of the town’s Baptist Church, the police station, and in the high school. They all promise the same thing: We will find you. Meanwhile, her brother, Wyatt, lives as a pariah in the desolation of the old family house, cleared of wrongdoing by the police but tried and sentenced in the court of public opinion and in a new crime documentary. 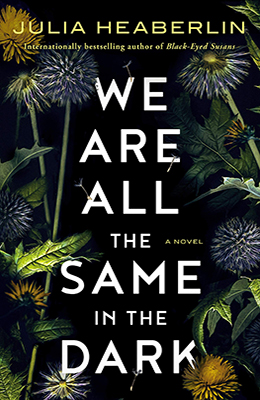 Is he crazy? Is she? In Paper Ghosts, Julia Heaberlin takes the reader on a creepy road trip across Texas with two mysterious characters to examine a series of cold cases. In the passenger seat: an old documentary photographer and suspected serial killer who claims dementia. At the wheel: a strange young woman who yanks him out of a halfway house to hunt down answers to questions that have haunted her since she was twelve. Fort Worth, Waco, Calvert, Galveston, Austin, Houston, Marfa, the deep Piney Woods—no place is safe while Heaberlin’s plot twists and turns across the Texas map. As old photographs whirl like paper ghosts, Heaberlin’s newest thriller delves into dementia, the iconic, eerie places of Texas, and the truth and lies that hide in every picture.

Black-Eyed Susans opens with the unforgettable voice of Tessie, a teen-age girl found barely alive in a wildflower field with a scattering of bones, a fragmented memory and the voices of dead girls in her head. Eighteen years later, a cutting-edge forensic scientist is trying to find clues to a serial killer in DNA extracted from old femurs and skulls. A death penalty attorney is trying to halt the Texas death train as it speeds toward a client he believes was wrongly convicted. A grown-up Tessie, now an artist and single mother, is still struggling to quiet the Susans who live in her head and find out the truth. For Julia Heaberlin, an award-winning journalist, it was important to portray these characters with as much truth as possible. Because of that, Black-Eyed Susans, her third novel from Random House, is skillfully woven with her research. She credits the real-life experts who told her their stories: mitochondrial DNA expert Rhonda Roby, who spent years identifying victims of 9-11, serial killers, and plane crashes; David Dow, a renowned Texas death penalty attorney and author; child psychologist Nancy Giles; and University of Florida geochemist George Dimitrov Kamenov. There are many contemporary themes in Black-Eyed Susans, but it’s the heroine’s compelling voice and the maze of surprises that set this book apart from most thrillers.
Read media quotes
Read media reviews 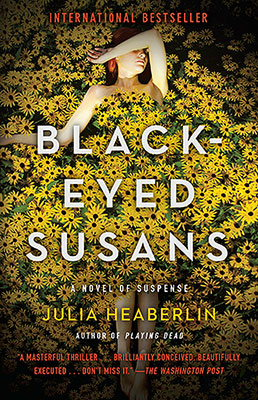 Lie Still is Julia Heaberlin’s second psychological thriller set in the wild landscape of Texas. Only this time, the protagonist is a New Yorker, and the wild landscape is a wealthy small town near Dallas. When Emily Page arrives in Clairmont, pregnant and hopeful, she is ready to leave her haunting past behind. Instead, she is almost immediately swept into a club of crazy Texas women who carve potatoes into Russian dictators for their children’s private school homework and their secrets into each other’s conniving hearts. When one of the women disappears, Emily’s past and present explode on this small dot on the map. Haunting and entertaining, Lie Still peers into both the southern suburban jungle and date rape, one of the most secretive and misunderstood crimes against women.
Read media quotes
Read media reviews

Playing Dead was loosely inspired by a handwritten letter that Julia received from a stranger. The woman, hundreds of miles away, was hopeful that she could be her real daughter, who she claimed was kidnapped years ago as a child. It was a shot in the dark, based on a first name and a birth date. Julia wasn’t, but that brief, stunned feeling stuck in her imagination for a long time. The result is Playing Dead, a completely fictional book about a deeply rooted Texas girl with a similar letter in her hands. She finds herself inextricably linked to a bloody past: the slaughter of a family in Chicago, the murder of an Oklahoma beauty queen and the kidnapping of a little girl named Adriana. With everything she has ever believed in question and a stalker determined to stop her, Tommie must discover the truth about herself, her family’s secrets and the girl who vanished. Perfect for summer reading lists, Playing Dead, Julia’s riveting debut, is a mesmerizing story of family, identity, and secrets that can kill.
Read media quotes
Read media reviews 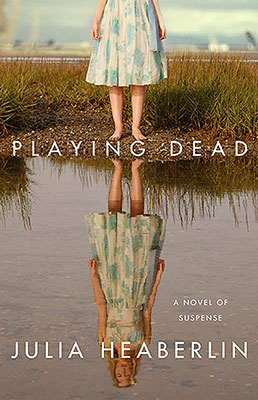 KERA Public Radio’s “Think” Program
Krys Boyd of KERA public radio’s “Think” program talks with Julia about how to build a mystery and the forensic and death penalty experts who inspired Black-Eyed Susans.
Listen to the interview 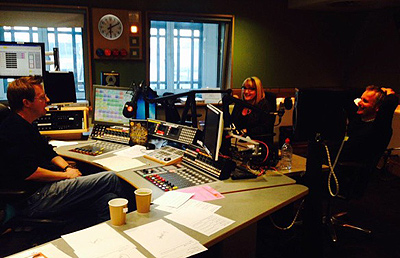 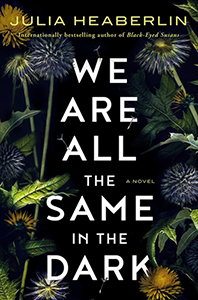 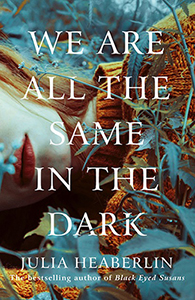 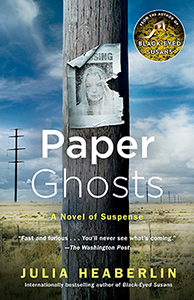 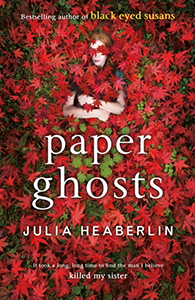 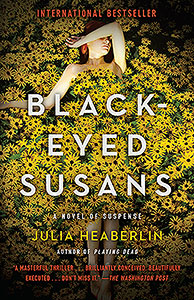 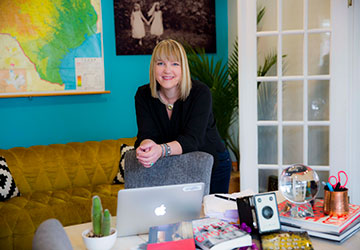 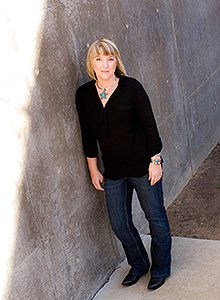 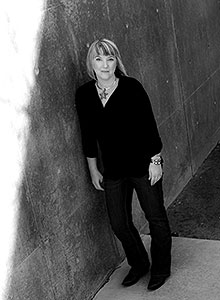 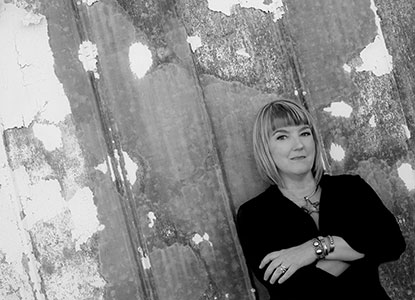 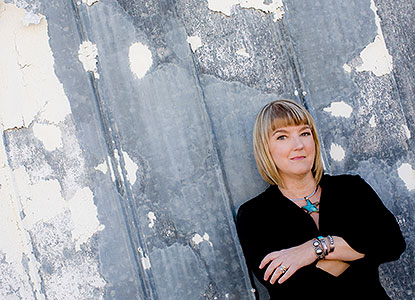 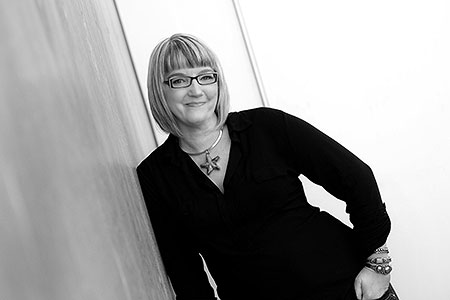 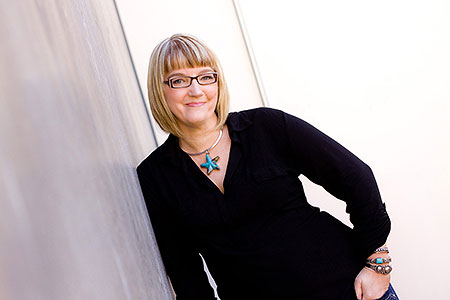 If using any of the author images on this website, please credit Jill Johnson.